Home / What is Kava?

Kava, yaqona, awa, ava or sakau are all names used for this traditional plant (shrub) that grows in all parts of South Pacific. The Kava Drink (tea) is a relaxing beverage using the roots and has been enjoyed in the South Pacific Islands for over 3,000 years. Kava is deeply anchored to islands tradition and customs, as it is a drink that promotes happiness and peace in your mind, soul, and body.

We source our kava from several selected suppliers in remote island nations in the South Pacific including Vanuatu, Fiji, Hawaii, Solomon Islands, Tonga, and Papua New Guinea. All our suppliers are registered with the FDA. Our Kava is organically grown by small farmers without the use of chemicals, however due to the remoteness it is not possible for official USDA organic certifications right now. Hawaii is the only location that grows Kava that has access to USDA inspections.

This is the most important part of our business. There is a lot of Kava on the market, a majority of which is supplied by people who only care about making a quick buck. Some suppliers work from their garage either on the islands or here in USA. They have a polemic about whether the type of Kava is Noble or Tudei (two days). We can assure you that both Kava types are good Kava if used accordingly. That is why we test all our Kava batches and will certify the total lactones contained and the classification of the Kava as Noble or Tudei, so you know what you’re buying and drinking. All our Kava comes with a tracking number that will give you access to the Certificate of Analysis on our Kava Labs page. We only work with suppliers that we certify and that follow good manufacturing practices (GMP). We take annual trips to the islands and meet with all the suppliers and farmers individually, something most other Kava suppliers in the US don’t do. Another issue about quality is due to the shortage of Kava, and you will find a lot of suppliers on the islands who mix or sell stem powder in with their kava roots in order to make money. Some also sell micronized Kava as instant Kava, which are not the same thing (See our descriptions below). Don’t be fooled; if the price is too good to be true, chances are it means you aren’t getting the best quality Kava available.

Every product we propose is rigorously tested in house for chemotype and lactone and by third party independent labs for USP food standard quality. We test all materials for microbiological, heavy metals, pesticides, as well as Kavalactone lineup, content and flavokavain levels.

The Kava has six major lactones. The combination of these lactones can give you different effects. Each Kava type has a different lactones percentage, which determines its classification as noble or Tudei. Noble is the preferred Kava for every day. Noble Kava is use for every day drinking for its effect of melo melo and relaxing. Tudei is not an everyday Kava. It is used traditionally by only the chiefs and certain ceremonies. The effect lasts longer, sometimes up to two days, hence the name tudei. Respect the Kava, and the Kava will respect your body.

All our Kava cultivars are sustainably grown and harvested rather than wild-crafted by not using chemical fertilizers or pesticides. Most Kava farms are very small, ranging from a few hundred to a few thousand plants, no more. Farms are made by clearing the small trees of the forest. The big trees that support the soil are left alone and used has shade, since Kava grows better under shade. After two crop cycles, the forest is left alone to grow back. Kava supports hundreds of thousands of families and local economy on these small islands.

What can I expect it to do?

Kava is neither intoxicating, like alcohol, nor does it create restlessness, like coffee. It has a 3,000 year history of use as a safe and effective way to promote a state of mental well-being that is accompanied by marked physical relaxation. Expect to feel relaxed, at peace, and ready to socialize. But do not drink kava in a noisy and lighted environment. Kava is more appreciated in a calm and dark place. Rule of thumb: Use Kava as your last drink of a day.

How many should I drink?

We recommend that ½-lb make 1 gallon of kava. Those who are new to the Kava drink should start with 2-3 shells worth of Kava (one Shell = 4 FL 0Z) for their first experience. Kava has a reverse tolerance, meaning that the more frequently you consume it, the less it takes to achieve the desired effects.

Can I drive after drinking Kava?

Kava may cause drowsiness and may therefore temporarily impair your ability to drive. We do not recommend anyone operate heavy machinery or drive a motor vehicle after drinking Kava.

Can I drink kava if I am drinking alcohol or taking medication?

Please familiarize yourself with Kava by visiting our bookshelf to understand its risks and benefits and to make an informed decision if Kava is right for you.  If you have any medical condition or are taking ANY medication. We recommend consulting your physician before drinking Kava. We do not recommend the use of Kava in individuals who are under the influence of drugs or alcohol. 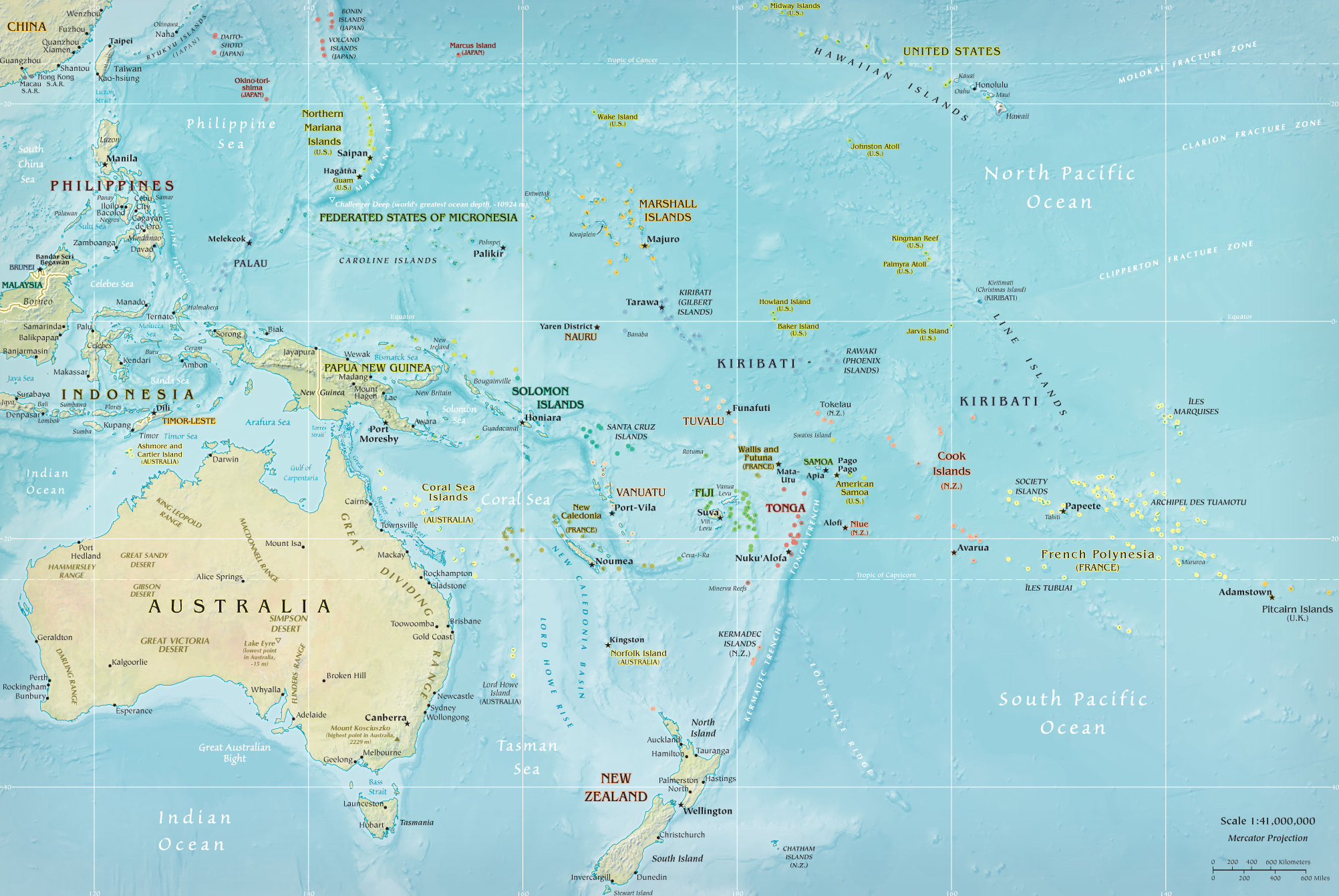 Kava roots are available in many different forms on the market; many of which are sold right here at Kava Depot. Before we dive into the different forms of Kava, it is important to distinguish the two main types of Kava Roots.

Under the Kava plant, there is a network of roots that consist of two different types of roots. The thicker portion of the root system is known as the Basal Roots, or Chips, and is often lighter in color. The thinner portion of root system is known as the Lateral Roots, or Roots, and contrary to the Basal Root, is darker in color. (See picture above).

*The Basal Roots are the main portion of the root closest to the stem. These roots are high in starches.

*The Lateral Roots are the thinner roots that extend out beyond the canopy line of the Kava plant. These roots are low in starches but high in Kavalactones.

When the roots are harvested, they are washed and either chopped into small sections and packaged, or bundled as whole roots and sold as is.

These roots are harvested, cleaned, cut and packaged, or processed into paste form and packed. Both are frozen as soon as they are packed to preserve freshness.

After the Kava roots are cut into sections, they are ground down to a course powder.

The majority of the Kava powder that we sell is Premium-grade. This means that the Kava powder is processed a second time to a finer scale, to be ready to use and for maximum extraction.

Micronized Kava is processed a third time to a micronized scale and is ready to use. Note: This is NOT Instant Kava.

Instant Kava is processed using water base extraction to remove all the fibers, strained, and dehydrated back to powder form. This Kava form is higher in kavalactones, still has some starches, making it ready to mix with water or any beverage.

Kavalactones are literally extracted from the Kava Powder to make a concentrated powder. Extraction is made with ethanol extraction or CO2 to concentrate the Kavalactones, then mixed with maltodextrin and either freeze-dried or spray-dried.

Vanuatu is a nation made up of about 80 islands, stretching about 1300 kilometers in the South Pacific Ocean. It is the 171st Largest Exporter in the World, with 100% of its Kava surplus exported all over the world. Per Vanuatu law, all Kava that is exported is required to be at least 5 years old, NOBLE, organically grown using no pesticides or chemicals.

Solomon Islands is a nation composed of six large islands and hundreds of smaller islands in the South Pacific. Centuries ago, its warriors were notorious for headhunting; while headhunters are a thing of the past, the islands maintain main of the “kastom” traditions, including growing and brewing kava.

From the Solomon Islands:

Fiji is a nation composed in the South Pacific made up of more than 300 islands. Kava has a long tradition in Fiji, where it is called yaqona, and is central to many native ceremonies and social functions.

Located in the southwestern Pacific north of Australia, Papua New Guinea is composed of the eastern half of New Guinea and several island archipelagos. A culturally diverse nation whose inhabitants speak more than 850 different languages, many of its islands boast a long kava tradition. The kava grown in the north coastal province of Madang — where it is referred to as waild koniak (“wild cognac”) — is sought after for its flavor and potency.

Disclaimer: We are not medical professionals, and do not recommend Kava as a cure for any specific issue. The FDA has not approved Kava for such uses, such as treatments or cures. Consult with a physician before attempting to replace prescription medication with kava. Dismiss